LEARN HOW TO BUILD A STRONG BLACK BRAND

Turn Your Business Into A Strong Black Brand

So you have a side hustle, or you’re about to start one, that you hope will replace your income and break those corporate chains. You’re thinking about becoming an entrepreneur to support your family and live rich instead of paycheck to paycheck. You hope to sit back, watch the money roll in and never have to punch someone else’s time clock again, right?

Whatever your budding business is, it’s going to blend in with hundreds of other companies out there. Before you do anything, you need to do one thing right. I’m going to tell you what that one thing is in a moment. But first, look what you’re up against…

According to the Investopedia, the internet’s largest financial education website, “There are about 2.5 million businesses in the United States owned by African-Americans. They account for about 10 percent of the approximately 27 million in a total of U.S businesses. These black-owned firms raked in more than $185 billion in gross receipts and had more than a million people on their payrolls, the Census Bureau reports.”

The question is, how do you compete with other businesses or stay top-of-mind among consumers? How do you stand a chance? I don’t mean to give you more bad news, but half of all businesses don’t survive after five years, and less than a third make it to their tenth anniversary. Why did they fail, you probably wonder? The answer is, they ran out of money. They did not have enough business coming in from the start.

A good business idea and a profitable niche are the foundation that can lead to business success. However, your business needs recognition to gain customer trust, and employee loyalty to stand out above the crowd. That’s called BRANDING. To build your brand takes strategic and proper planning.

Why Is Branding So Important to Your Business Success?

Branding is much more than a colorful logo. A strong black brand makes it much easier for you to acquire new customers. Your brand is valuable because it represents people’s perception of your company, from the logo and advertising to the customer service and reputation. People want to buy from a company with a good reputation.

And having a good brand makes it easier for people to find you and recognize you. Look no further than the “Golden Arches” if you want a great example of the power of branding.

Let’s look at some of the critical ways building a strong black brand will impact your business in the community:

1. People Recognize Your Business Effective branding through your logos, tagline, website design and social media presence will make it easy for people to understand and remember what it is you do or sell. Offering clear and consistent branding in all channels of communication will a create strong, memorable impression about your product or service.

2. Branding Builds Customer Trust A strong brand that provides quality products delivers on its promises, and exceptional service will gain customer trust and loyalty. Brands that inspire confidence and providing expertise in these areas will build followers for a lifetime.

3. Create Awareness Through Advertising Part of branding is advertising. When advertising, you need to focus on the people in your target market. Advertise to the wrong audience, and you’ll waste time and money. Know where your audience shops, how they live and what they buy so your advertising will be most effective.

Did you know that companies that trade on stock exchanges can trade many times higher than what their assets are worth?That’s because the brand can be worth more than everything else the company owns. Investing in your brand can rapidly build your company’s value, making it easier to borrow funds or sell the business for a significant profit.

5. Branding Inspires Employee Loyalty for Better Productivity Employees are the heart of every company. A strong brand that incorporates elements such as recognition, engagement and promotion give them a sense of pride, ownership, and direction. A strong brand makes employees feel like a family.

6. A Strong Brand Brings in New Customers When you build a quality reputation, especially a strong black brand, people will recommend your business to others. Like telling friends about a good movie they just saw, word-of-mouth advertising and social media are the best you can get. Your brand is your reputation. So how do you build a strong, reliable black brand?

Why Is Branding So Important to Your Business Success?

Developed by Dr. Boyce Watkins, Black Money 103 – Building a Strong Black Brand is the one business course you need to succeed as a black entrepreneur or business owner.

It is a self-paced video course packed with everything you need to build a brand that your customers will recognize, whether you want to take your business around the city or around the world.

What You Get in This Course

Dr. Watkins takes you step by step through the entire brand building process. When you’re finished, you’ll have the knowledge and tools you need to build a strong black brand that will leave your competition miles behind.

This course is different from any other business course. It’s explicitly and unapologetically designed for black men and women who want to succeed in building their business and brand. 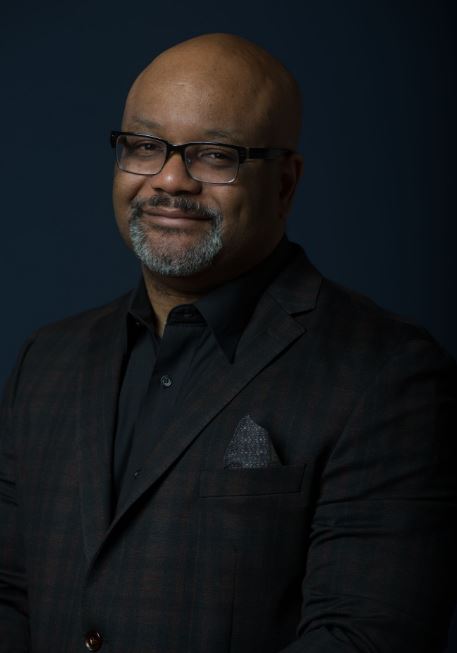 Dr. Watkins has taught economics and business for over 20 years in five top universities around the country. He has authored 11 books about blacks and money, including “Black American Money (1 & 2),” “ How to Think Like a Millionaire” and the financial series for children, “Black Millionaires of Tomorrow:A Wealth Building Study Guide for Children.”

One of his most significant achievements is creating the Black Business School. He is dedicated to helping black business people succeed by offering business college-level courses at a fraction of the cost of any business school in the country.

You’ll find that Black Money 103 – Building a Strong Black Brand will rival any business course. Except, you won’t find any course focusing on the needs of black entrepreneurs and startups like this.

Read What Our Students Have to Say

"I think the Black Business School is tremendous and is so necessary for our people. Dr. Boyce and his team are incredible; I love the honesty and sense of urgency in his message. It's been perfect for someone like me who spent time on the corporate plantation and in that time developed a burning desire to never work for someone ever again."

Dr. Watkins has dedicated this course and his life to improving the odds of black people in business.

Dr. Watkins has faced the same problems you now face starting your business. It’s harder for Black-Americans to get started in business for a variety of reasons. Financing, lack of business education and support are the three most significant factors.

Black Money 103 will educate you on how to build a recognizable black brand, so customers will find you and buy. For a very short time, I’m opening the entire course for a free 30-day trial. Use the coupon code 30DAYSFREE. You’ll get the 40 plus video library, and access to me for Q&A sessions.

The new black brand you create will differentiate your business from others and raise you above the competition. Enroll today, gain the knowledge, guidance and the support you need from Dr. Boyce Watkins and other successful black entrepreneurs who are part of the Black Business School.

P.S. Don’t forget, you can have a full 30 days to try my course. No other business school in the country dares to make the same offer. You’ll learn everything you need to build a national or international brand. Use the coupon code “30DAYSFREE” when you enroll. Click the button below to get started.